March 1st, 2017 - West Chester, Ohio – ClarkDietrich Building Systems, the construction industry’s largest manufacturer of cold-formed steel framing products, today announced the impending retirement of its president and CEO Bill Courtney. Courtney, who has been at the helm of ClarkDietrich, since its formation in 2011, and prior to that with ClarkWestern, will step down March 31, 2018, after which time he will continue to serve the company in a role on its board of directors. Jim Collins, the company’s current chief information officer, has been tapped to take the reins upon Courtney’s departure. 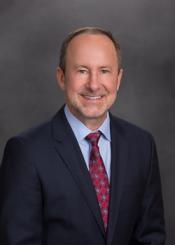 Courtney has served as chief executive officer through the evolution of what is now ClarkDietrich since 1985. He joined Clark Steel Framing in 1984 when he accepted the position of vice president after graduating with an MBA degree from Southern Methodist University in Dallas that same year. In 1985, he moved to Cincinnati, Ohio to become Clark Steel Framing’s chief executive officer. He helped transform the 20-person construction products company into the nation’s top producer of steel framing materials through a series of mergers and acquisitions that culminated with the merger of ClarkWestern Building Systems and Dietrich Metal Framing in 2011. Today, the company employs 1,400 people across 17 facilities.

“I’ve had the unique opportunity to lead these companies for over three decades, and it has been a truly amazing journey,” said Courtney. “ClarkDietrich is an unwavering leader in the construction industry, thanks to our unmatched portfolio of products, services and extraordinary people who still believe in the value of a handshake and personal relationships. While retirement certainly comes with mixed emotions for me, I will leave the company confident in my successor Jim Collins’ ability to take ClarkDietrich to new heights.” 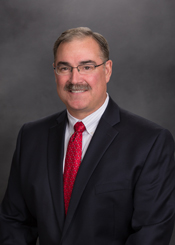 Courtney will work closely with Collins over the next 12 months to ensure a smooth transition. Like Courtney, Collins has committed his career to steel framing, having joined Dietrich Metal Framing in 1983. He brings decades of experience managing sales and marketing as well as information technology departments. He helped spearhead a multitude of successful product rollouts including Spazzer® bridging bars, Danback® Flexible Wood Backing System, and a variety of clip and connector products. He also founded ClarkDietrich’s Clip Express division and has been instrumental in the company’s robust sales and leadership training programs.

“Bill has instilled in our company culture the values of innovation, integrity and teamwork, and I’m humbled and honored to take its reins next year,” said Collins. “He and I will work closely over the next 12 months as we together manage day-to-day operations and set the strategic direction for ClarkDietrich,” said Collins.