Veterans at ClarkDietrich Lead the Way for Success

Some are born leaders, while others rise to the challenge under significant pressure or adversity. For James Flores, a six-year Marine Corps. reserve veteran and product supervisor at ClarkDietrich, his leadership skills developed and flourished when he joined the Marines. Having served four active and two inactive years in the Marine Corps. Reserve (during which time his unit came in first place for combat readiness for chemical warfare), Flores acquired skills that have served him well in his eighteen-year career with ClarkDietrich. 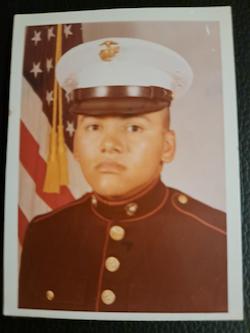 “Having a routine, learning to manage situations properly and ensuring preparedness for myself and my unit are skills I learned as a Marine and have translated well into my career managing people,” Flores said. “I keep a very organized department as well – everything has its place and purpose; I know how to run a tight ship.”

The management team at ClarkDietrich recognizes how valuable military experience can be in the workplace, and the company has had remarkable success with veteran employees over the years. “The leadership and organization skills we see in our veteran employees is unmatched,” said ClarkDietrich president Jim Collins. “We want to set these individuals up for success as best we can because they and their families do the same for us.”

Because of its track record of success in hiring and advancing the careers of veterans and service members like Flores, ClarkDietrich has received recognition as a Military-Friendly® and/or a Military Spouse Friendly® Employer for eight straight years – receiving both designations for 2023.

“Companies earning the Military Friendly Employers designation create and elevate the standard for military programs across the globe, they have invested in substantive programs to recruit, retain and advance the veterans and service members within their organizations,” said Kayla Lopez, director of military partnerships, Military Friendly.

Institutions earning the Military Friendly Employer designation are evaluated using both public data sources and survey responses. Since 2003, these lists have set the standard for organizations to provide the best opportunities for veterans and their spouses.

ClarkDietrich will be showcased along with other 2023 Military Friendly Employers in the December issue of G.I. Jobs magazine and on MilitaryFriendly.com. 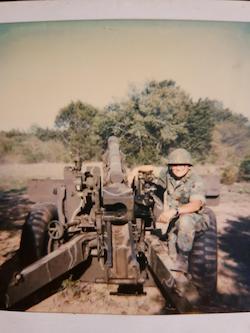 “For ClarkDietrich, receiving a designation of this nature is a special honor because fostering a military-friendly environment is incredibly important to us,” said Collins. “It confirms that we are doing our part to set individuals like James up for success. He has certainly set ClarkDietrich up for success as an essential part of the team in Dallas and as a leader his team can look up to.”